Missing Migrants, Missing Solutions? Preventing and resolving missing migrants cases & addressing the needs of their families through the GCM

Missing Migrants, Missing Solutions? Preventing and resolving missing migrants cases & addressing the needs of their families through the GCM 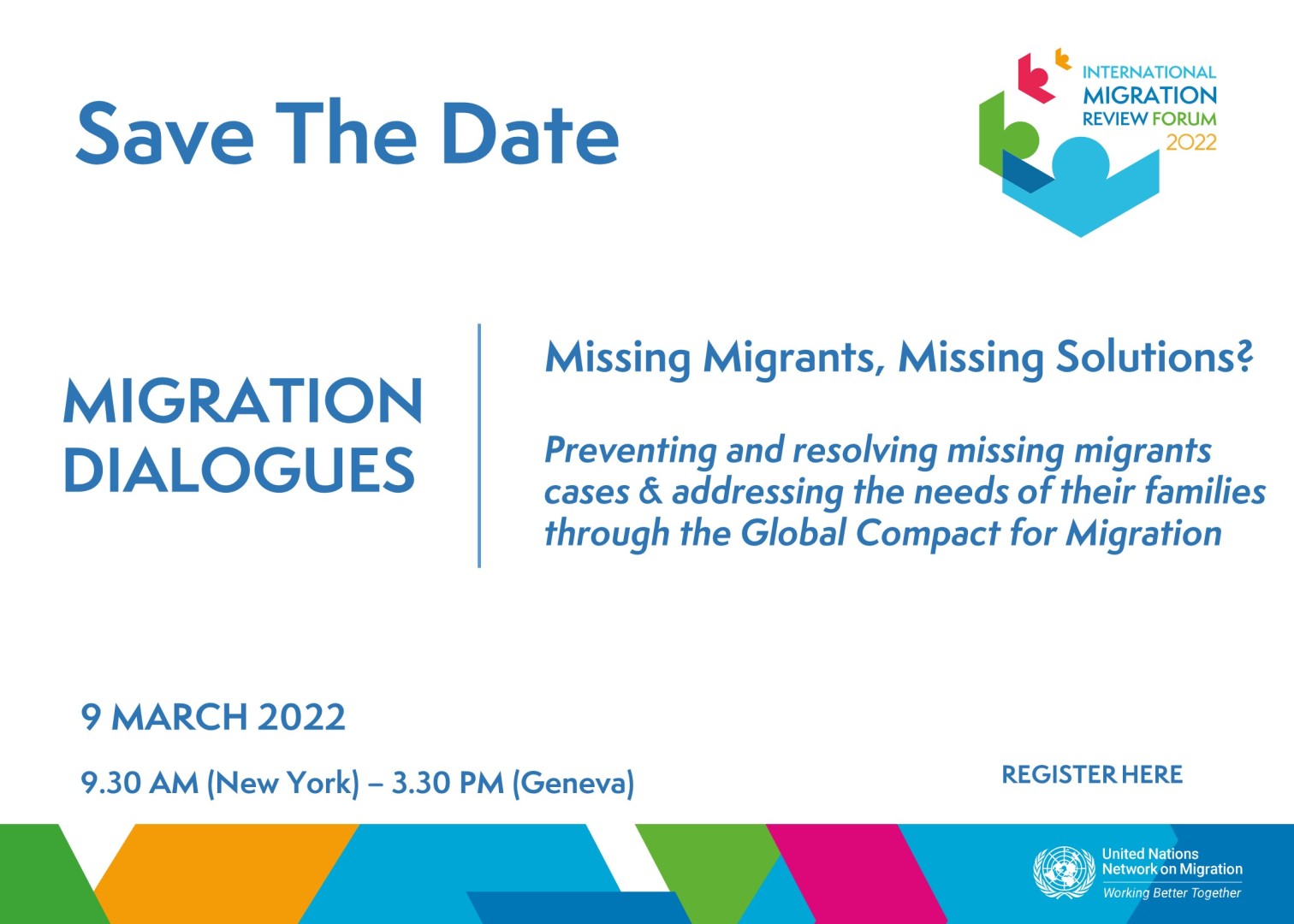 The phenomenon of missing migrants is a global humanitarian and human rights challenge. It affects tens of thousands of people who disappear along migratory routes on land and at sea and in countries of destination, leaving behind families in painful uncertainty over the fate of their loved ones.

Since 2018, 164 countries have made an unprecedented step by committing to Objective 8 on Saving Lives and Establishing Coordinated International Efforts on Missing Migrants into the Global Compact for Migration (GCM). Objective 8 presents a comprehensive set of commitments on missing migrants, looking at both prevention and responses.

However, as voluntary reporting in the framework of GCM Regional Review Process in 2021 has shown, concrete measures to effectively prevent and address cases of missing migrants have been few and far between and vary greatly across regions. It has also revealed a number of misperceptions, such as that the missing migrant issue is limited to deaths at sea or that further criminalizing irregular migration is enough to reduce the number of missing migrants and to assist their families. This occurs at a moment where the number of people going missing has reached unprecedented proportions.

This session of the IMRF Dialogue series, organized by IOM and ICRC, will discuss GCM Objective 8 on saving lives and establishing coordinated international efforts on missing migrants. Speakers include: