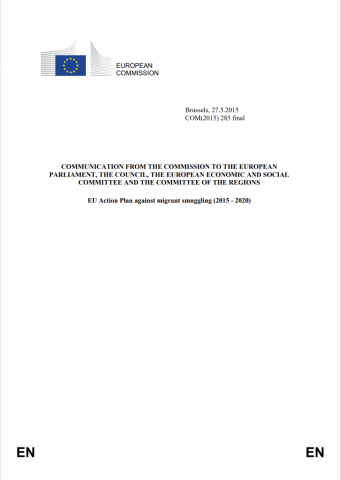 In May 2015, the Commission published the EU Action Plan against Migrant Smuggling setting out a series of steps to tackle this problem between 2015 and 2020. These are grouped into four main priorities: Enhanced police and judicial response (2) Improved gathering and sharing of informatio (3) Enhanced prevention of smuggling and assistance to vulnerable migrant (4) Stronger cooperation with third countries. The implementation of the plan is ongoing, alongside a number of complimentary initiatives to tackle migrant smuggling. The Council Conclusions adopted by the Justice and Home Affairs ministers on 10 March 2016 echo the commitments to advance concerted action at EU and international levels against migrant smuggling and set out concrete recommendations to Member States, the Commission and EU agencies.