Act Now: Migrant Inclusion in Climate Action Is An Obligation, Not An Option 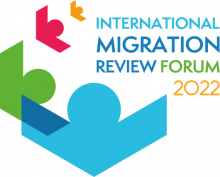