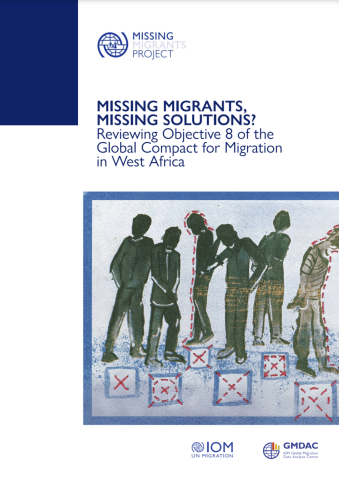 More than 2,100 migrants have died in West Africa and on overseas routes from the region to Europe since 2014, according to data from IOM’s Missing Migrants Project (MMP). In 2018, Objective 8 of the Global Compact for Safe, Orderly and Regular Migration (GCM) called on States to “save lives and establish coordinated international efforts on missing migrants”. However, in 2022 this objective remains scarcely implemented worldwide, as highlighted in a recent statement by the UN Migration Network and in the latest UN Secretary-General report on the GCM. It also remains poorly addressed in West Africa and in member states of the Economic Community for West African States (ECOWAS), as well as in West Africa-European Union (EU) processes. The GCM review process and our analysis reveal that only very few policy and programming efforts with regard to Objective 8 have been adopted. At the same time, the data and evidence on migrants going missing or dying during migration needed to inform these efforts remain scarce, and data available are incomplete both in terms of quantity and quality.  Limited policy implementation and data gaps are mutually reinforcing. Slow policy and programming progress render it difficult to collect comprehensive data on missing migrants. In turn, a lack of comprehensive data and of adequate consideration of the available data contribute to hinder evidence-informed policies and programming that could reduce risks and save lives.