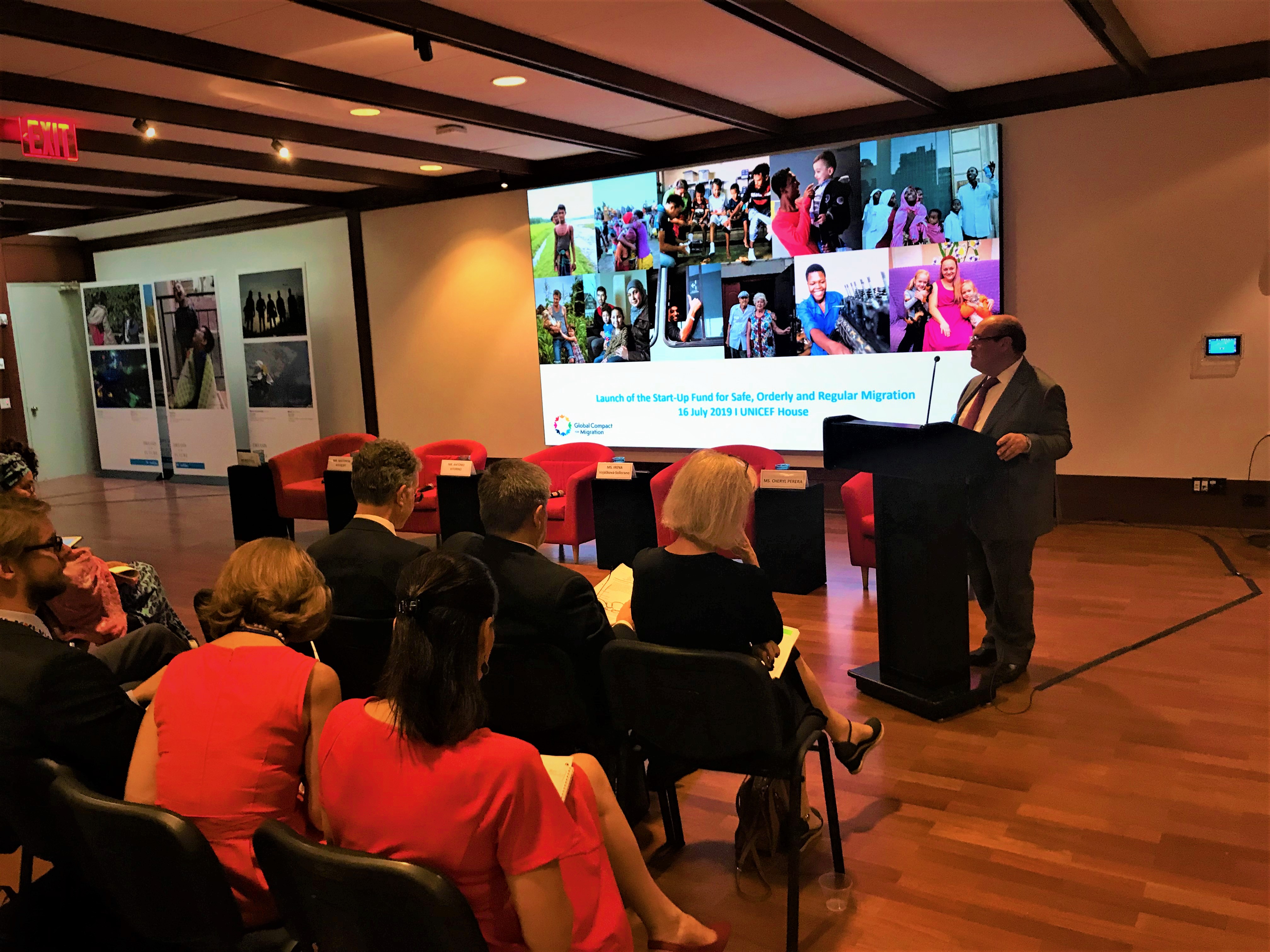 The New York launch of the Start-Up Fund for Safe, Orderly, and Regular Migration: The Migration MPTF was held on Tuesday 16th July, at UNICEF Danny Kaye Lobby. The event was co-hosted by the chairs of the Friends of Migration Group and the UN Network on Migration and was attended by over 150 participants from UN Member States, Civil Society Organizations, and the UN System.

All participants welcomed the Fund as key to supporting Member States and fostering joint action in implementing the Global Compact for Migration (GCM). They noted that through the fund, states can get closer to realizing the SDGs and maximizing the benefits of well-managed migration for all. Both the United Kingdom and Germany announced pledges, and encouraged others to join them in doing so.

Attendees then enjoyed a brief reception before the close of the event.

Please find a link to the Press Release issued following the launch here.