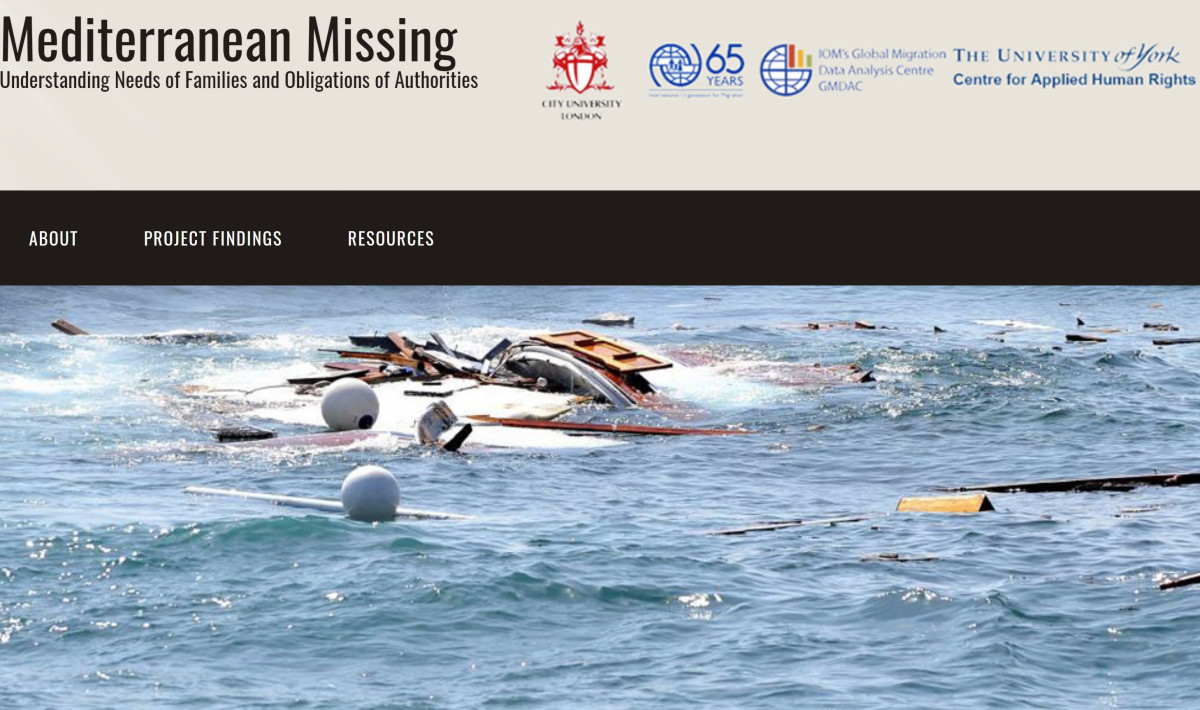 The Mediterranean Missing project was a one-year research project running from September 2015 until October 2016, funded by the Economic and Social Research Council of the United Kingdom. The project was a collaboration between the University of York, City University London, and the International Organization for Migration, and one of the first efforts to systematically collect data and comparatively explore current responses to migrant bodies in the Mediterranean, and the impacts of a missing person on families left behind.

As of April 2021, the website domain is unavailable until further notice, but will be updated as soon as it becomes live again.