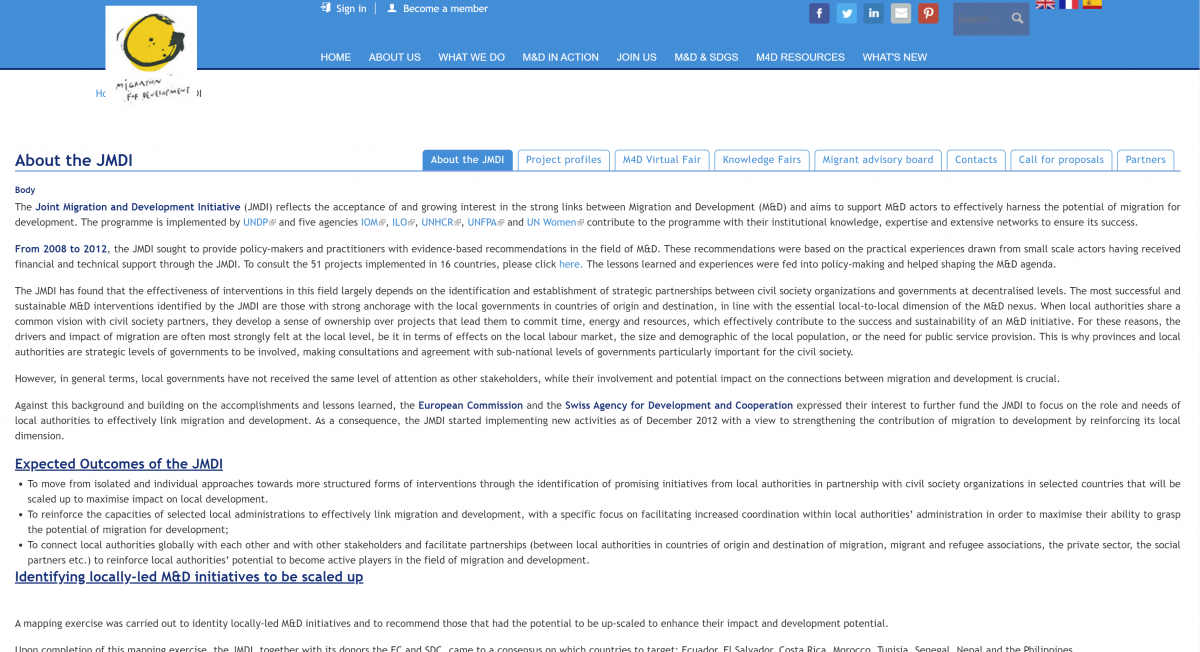 JMDI (2008-2012) implemented initiatives in 8 countries to empower migrants as development actors at the local level. It gave local governments, migrants and local actors a central role in the larger debate of migration and development. JMDI was funded by the European Commission and the Swiss Agency for Development and Cooperation and implemented by an inter-agency UN team.