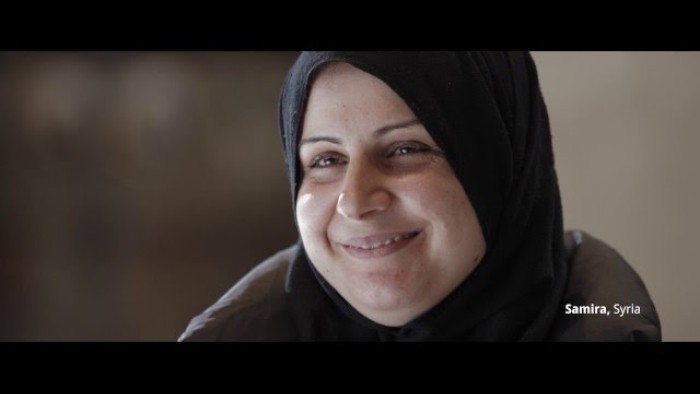 When talking about the problem of refugees, we use dehumanised language, which reduces human tragedy to numbers and statistics. But this suffering concerns real people, who – just like us - have families, loved ones, friends; their own stories, dreams, goals... Only when you sit down opposite a specific person and look into their eyes, you no longer see an anonymous refugee, one of the migrants, and notice the human before you, just like yourself – loving, suffering, dreaming...
20 years ago, psychologist Arthur Aron discovered that 4 minutes of looking into each other's eyes can bring people closer. Using this discovery, we decided to carry out a simple experiment, during which refugees and Europeans sat opposite each other and looked into each other's eyes.  Clearly, it is most important to give each other time to better understand and get to know each other.
The experiment was conducted in Berlin: the city, which - first of all - is a symbol of overcoming the divisions, and secondly, seems to be the centre of the contemporary Europe. We wanted the movie created on the basis of the experiment to be as symbolic as possible – and to touch upon the general divisions between people.
The experiment participants were ordinary people. The situations were not staged; we wanted to get natural, spontaneous reactions. The people sitting opposite each other had not known each other before and saw each other for the first time during the experiment.  What is important, the refugees mostly came from Syria and had not been living in Europe for longer than a year.